Cory R. Weck leads the Personal Injury Practice Group. For 25 years, Mr. Weck has been a leading trial attorney for clients in both the Inland Empire and the Marine Corps. He has represented hundreds of clients in all matters arising out of personal injury litigation. Mr. Weck has been peer selected as one of the top 5% of attorneys, selected to the California Super Lawyers list every year since 2012.

He has also served as a Marine Corps officer for over 20 years. He was commissioned as a Major in 1994 and then served as a defense counsel representing Marines accused of violating the Uniform Code of Military Justice. Prior to leaving active duty he represented military commanders as a prosecutor for the busiest trial shop in the Department of Defense. As a result of his trial results and dedication to justice he was selected as the “Top Young Lawyer of the Year for the U.S. Marine Corps” by the American Bar Association in 1999. Since 2001, Mr. Weck continued to serve as an active Reserve officer for the Marines until his retirement in 2017.

He is rated as Distinguished™ by Martindale-Hubbell® and is the past president of the Inland Empire chapter of the Consumer Attorneys of California.

Settlement for Airforce Staff Sergeant, stationed at March Air Force Base, who was struck when he was riding his motorcycle

Verdict for Marine Corps Lance Corporal, stationed at 29 Palms who was struck head on by another government employee 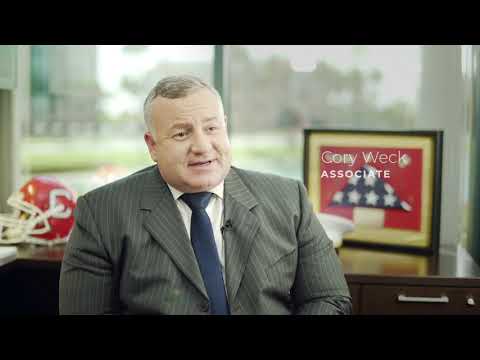 Cory chose to pursue his J.D. at the University of San Diego School of Law. After experiencing the cold and snow of Ithaca, NY for his undergrad, Cory wanted go... 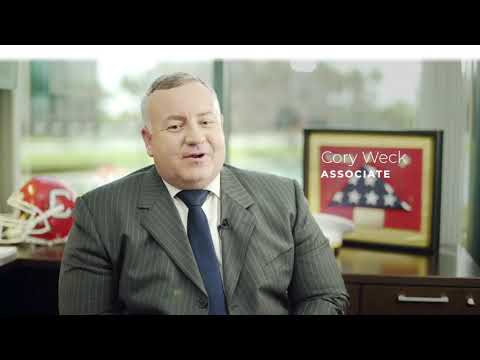 Cory Weck attended Cornell University in New York where he earned his Bachelor of Science degree in Economics. 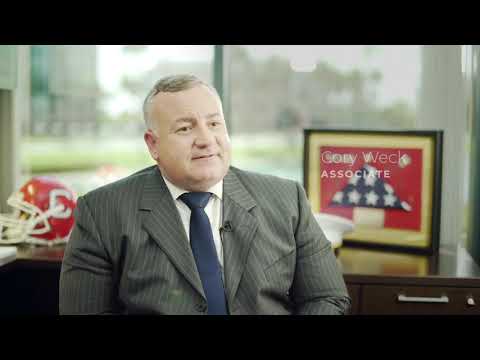 Cory was an active athlete in high school. He played baseball and football, and ran track. He was recognized for both academics and athletics by the Ken Hubbs Foundation for... 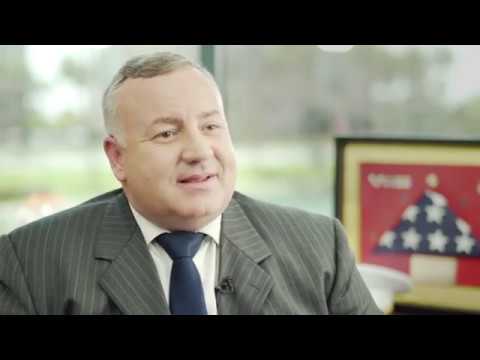 Attorney Weck is born and raised in the Inland Empire. He grew up in Crestline, a small mountain community in the San Bernardino Mountains. He graduated from high school at...

View All Videos of Cory Weck